Ascent to the highest peak of the Alicante geography. 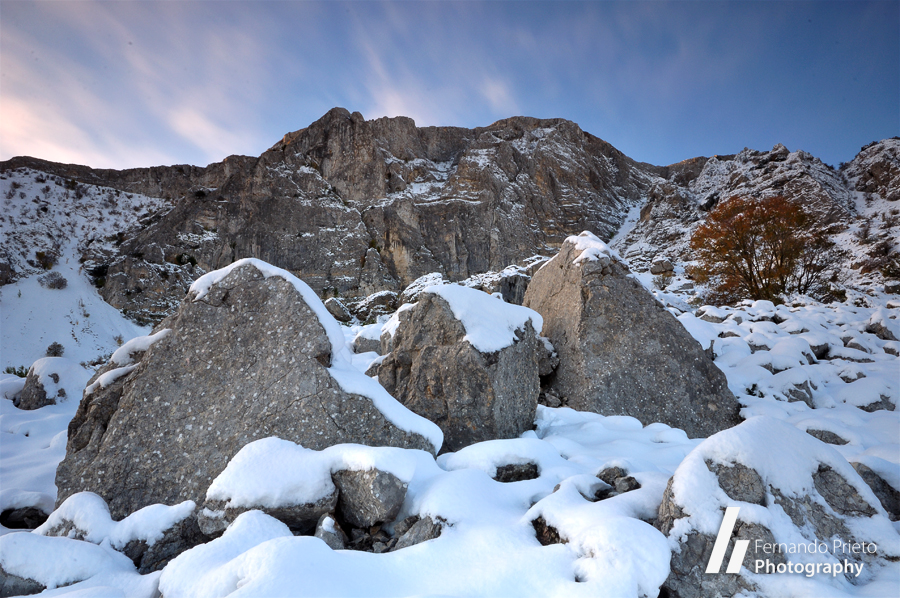 With a height of 1,557 metres, the Sierra de Aitana is the highest elevation in Alicante’s geography. The “Sierra Madre” of the province, as some people call it, is home to different ecosystems of great environmental value, protected by micro-reserves of flora , as well as the European SCI (Site of Community Interest) and ZEPA (Zone of Special Protection for Birds).

Today we are going to know the classic route of ascent to the accessible summit of the “roof of the province of Alicante”, from the recreational area of the Font de Partegat (Benifato). We will look for the circular alternative, returning through the Port de Tagarina , on a day marked by the presence of snow , which almost every winter visits the highest areas of Aitana. Let’s start! 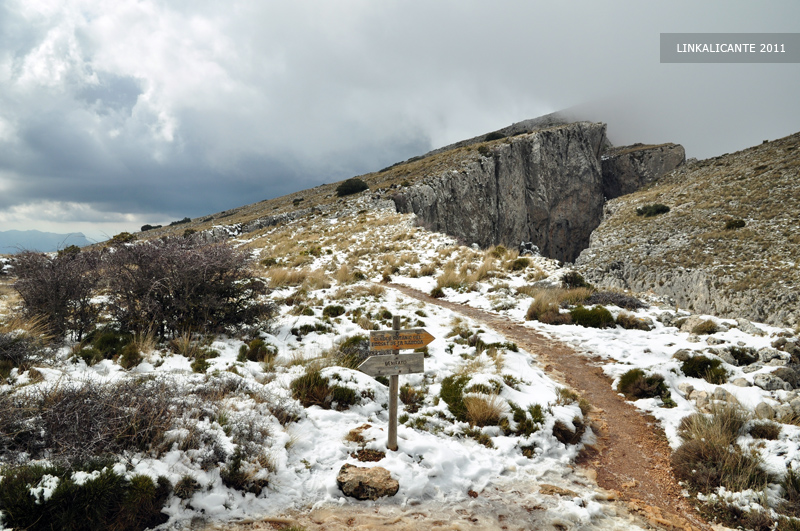 From the Font de Partegat recreational area, we ascend first by a track, and then a path, until we reach the plateau on which the Font de Forata stands. From there, we approach the Passet de la Rabosa , where after overcoming a small climb, we reach the Simas de Partegat and mountain range. We only have one last slope left until we reach the accessible “roof” of the Alicante province. The true geodesic vertex is within the military installations.

March 5, 2011. At about 10 in the morning I arrive at the Font de Partegat , in Benifato, eager to start walking on the snow that has fallen in the last few hours in the Sierra de Aitana .

The Font de Partegat car park was packed to capacity, as is often the case on the rare occasions when our mountains are dressed in white. 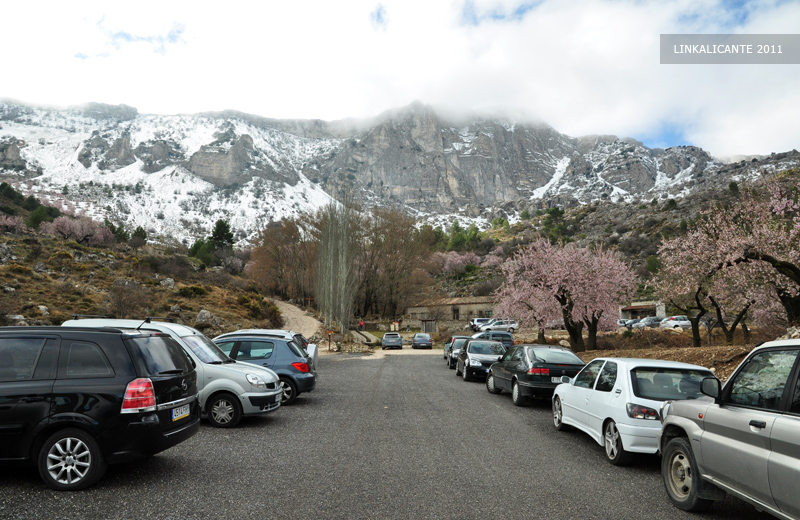 I face the first part of the ascent, along a forest track, between terraces of almond trees that are still in bloom, a sign that everything up here has a different rhythm. 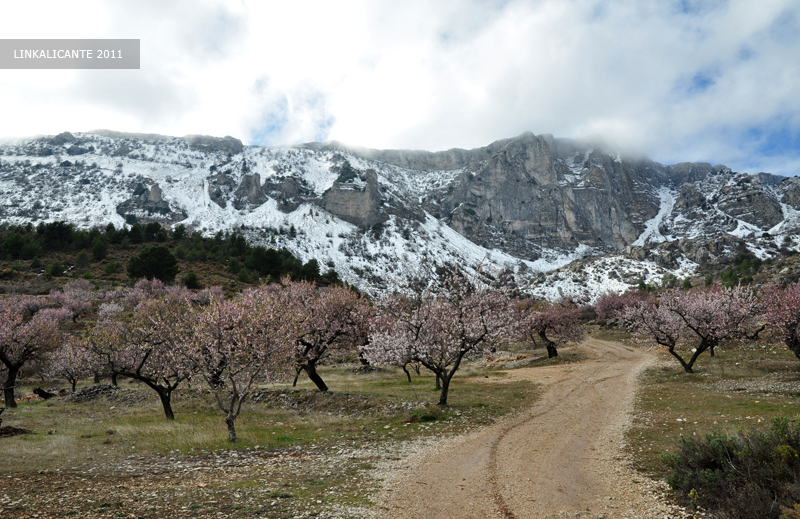 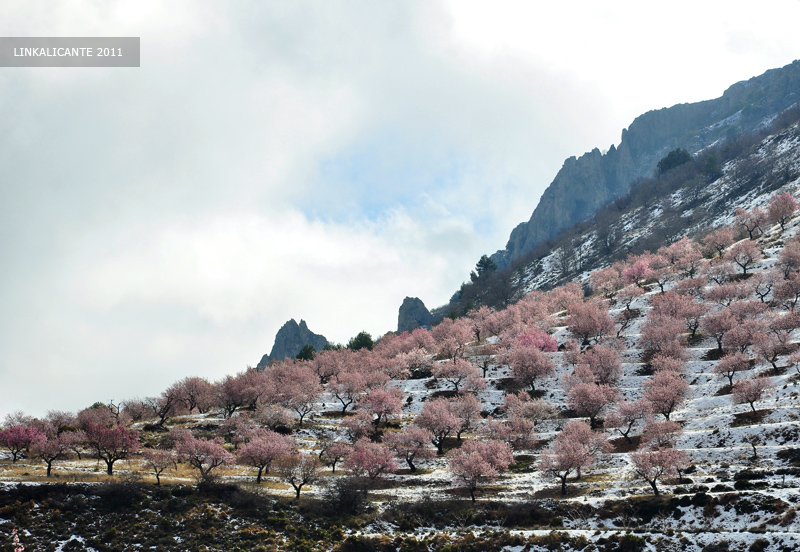 A little further on, the track becomes a path. As I gain altitude, the snow becomes more present. In this area, as usual, the terrain is quite muddy. 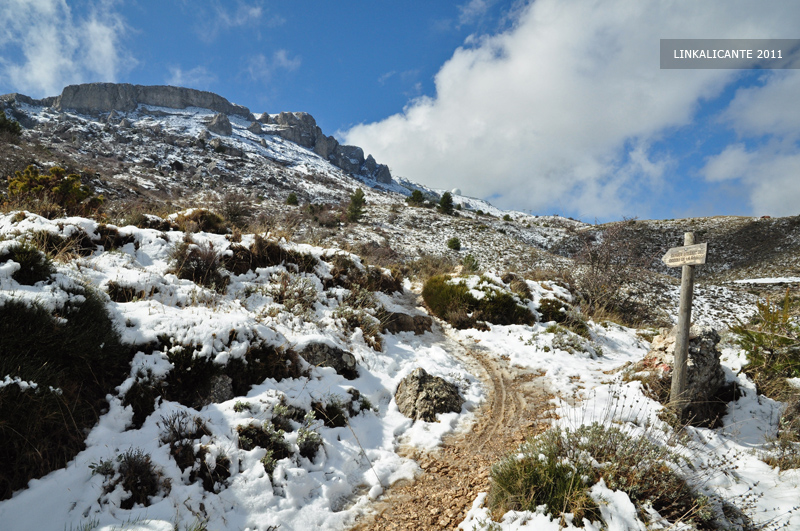 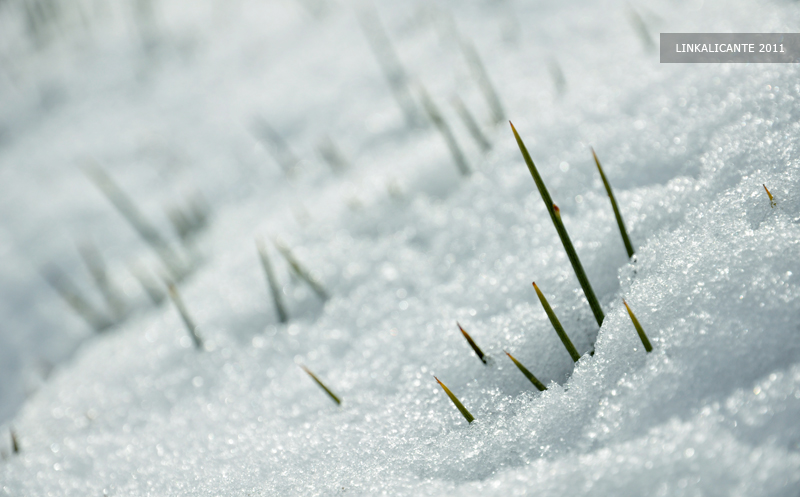 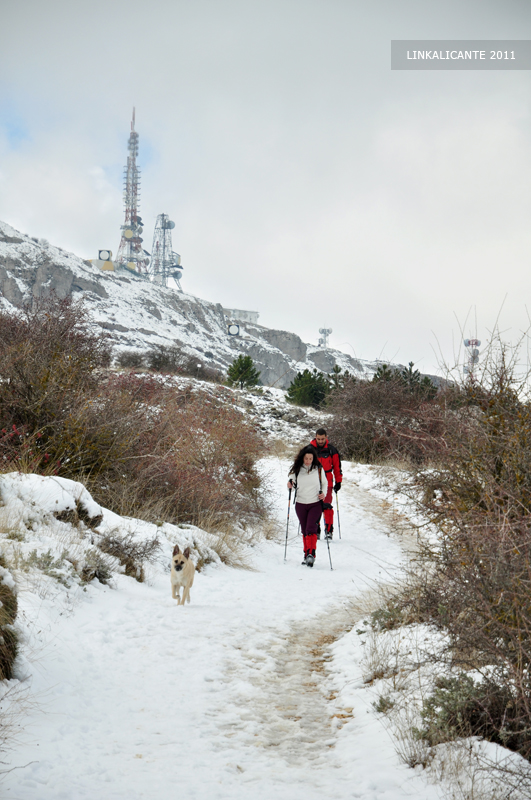 Arriving at the Font de Forata , we return to the wide path. The antennas of the military installations appear on the summit of Aitana. The day reminds me a lot of the one we experienced in April 2009, the amount of snowfall is very similar. 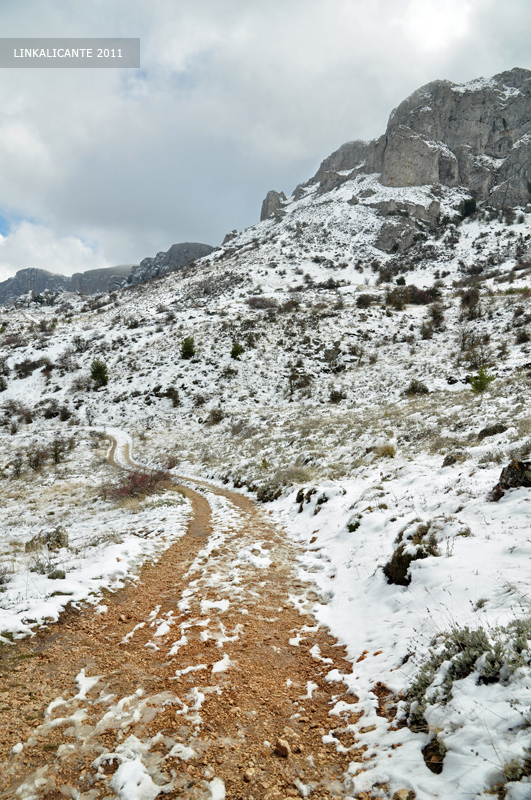 I arrive at the Font de la Forata , where I take the opportunity to recharge my batteries and visit one of the many snow wells in Aitana, next to the fountain itself. In the background appears the Sierra de la Serrella , which does not have a speck of snow on this occasion. Maybe next time. 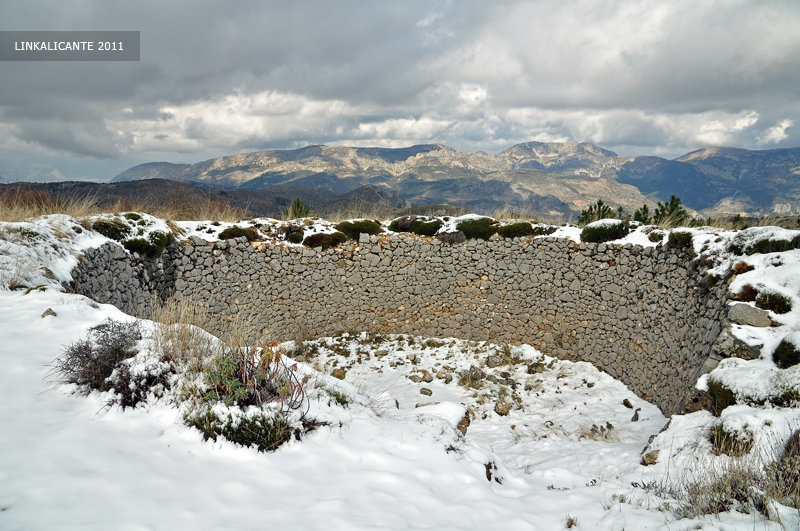 From here, the huge walls of the Penya Alta de Aitana are very impressive. It is barely noticeable in the photo, but the two tiny figures at the top are actually two people peering into space. 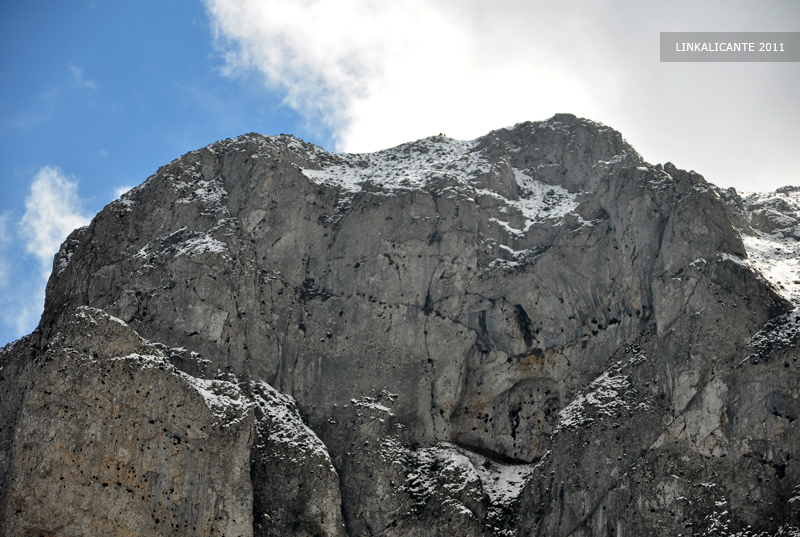 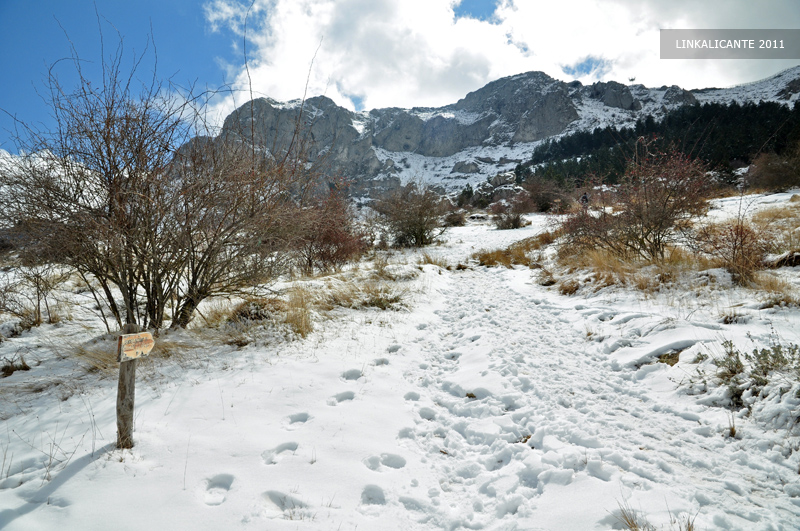 I am now heading towards the mythical “ Passet de la Rabosa ”, an area protected by a flora micro-reserve . In this section, the path flattens, until we reach the base of the pass and its chaos of blocks. 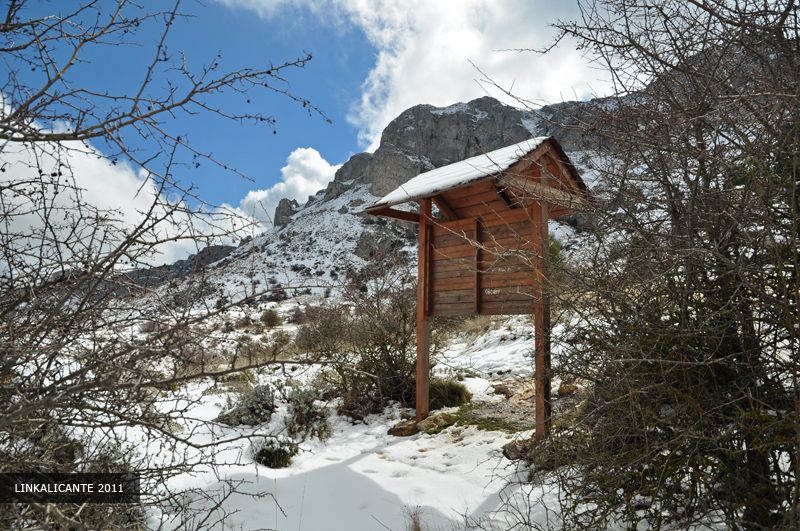 At the foot of the Pas de la Rabosa . Again two people appear “on the edge of the impossible.” 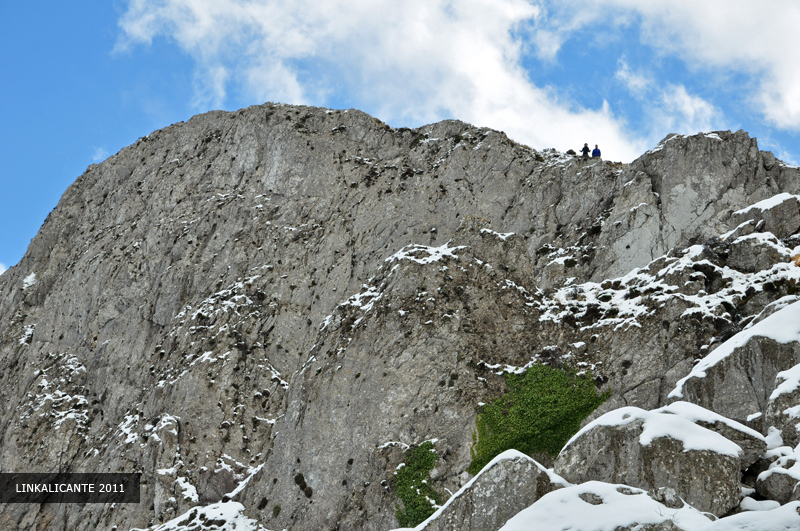 I arrive at Passet de la Rabosa , the most delicate point of the route: you have to overcome a small climb, and a narrow passage between large rocks. The snow is in good condition, there is no ice, and therefore there is no danger of slipping, so I decide to go up. Still, extreme precautions should be taken. 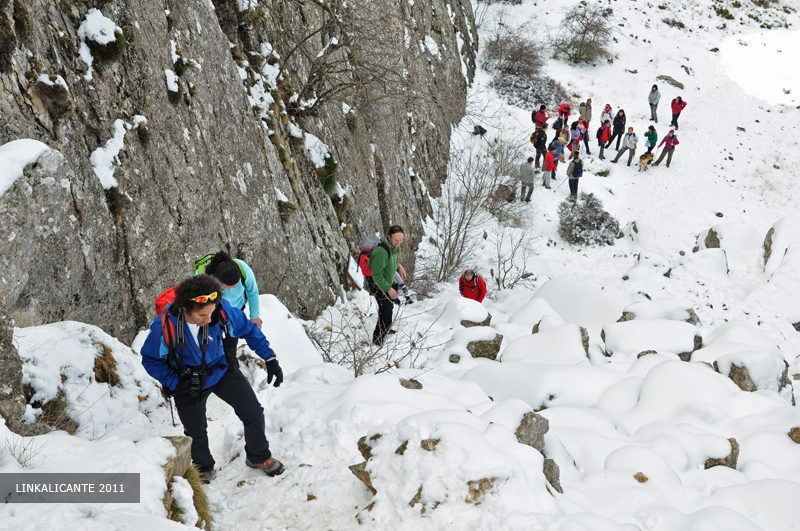 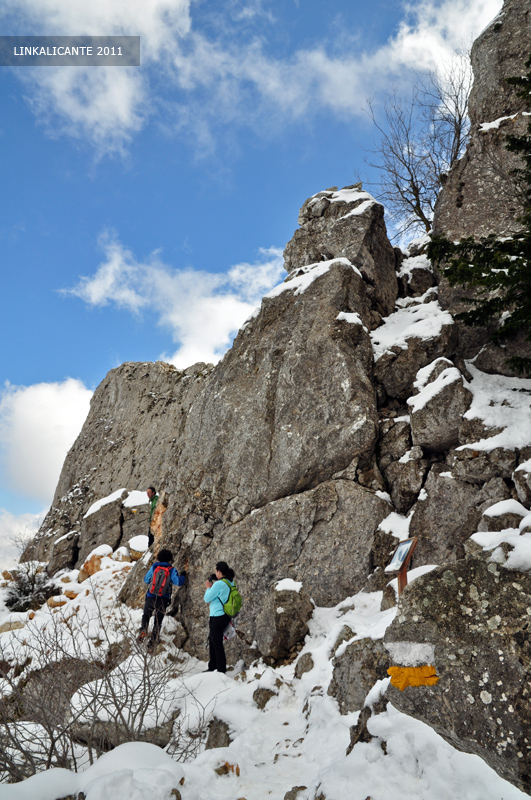 Once at the top, the views are even more spectacular. If you look closely, to the right of the rocks you can see the Penya Forata , with its characteristic hole. 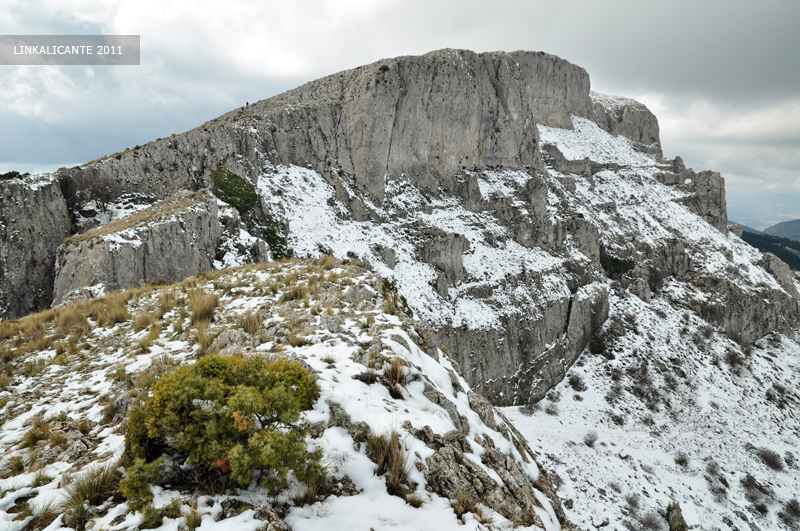 Bottom photo: one of the few views I could enjoy towards the bay of Alicante , with Cabo de la Huerta. Shortly after the fog covered everything… 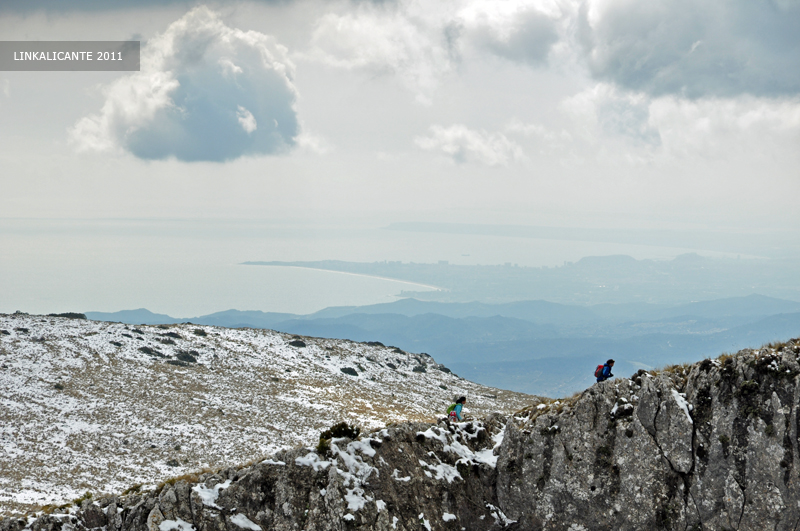 After crossing the Simas de Partegat area , I head towards the accessible peak of Aitana.

Now yes, the fog definitely hijacks the landscape. Although you can not enjoy the views, this environment also has its charm. 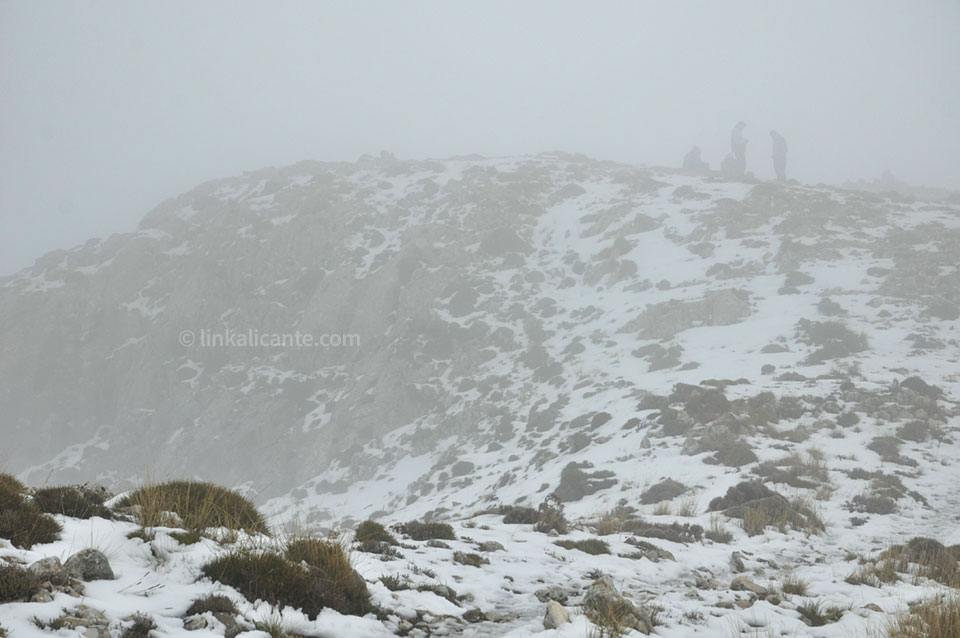 I reach the top! I take the opportunity to take a GPS reading at the top, and to eat something and drink before continuing the route. 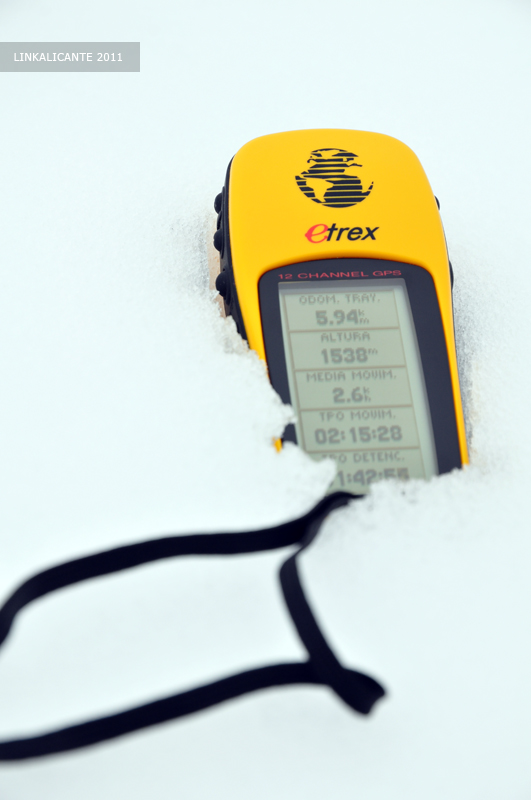 From the summit, I return to the landing next to the abysses, and from there I start my way back towards the Port of Tagarina , walking along the rocky path that goes through the mountain range.

For a moment, the fog dissipates and allows me to photograph Puig Campana , also with some snow on its north face. Next to it appears the islet of Benidorm. 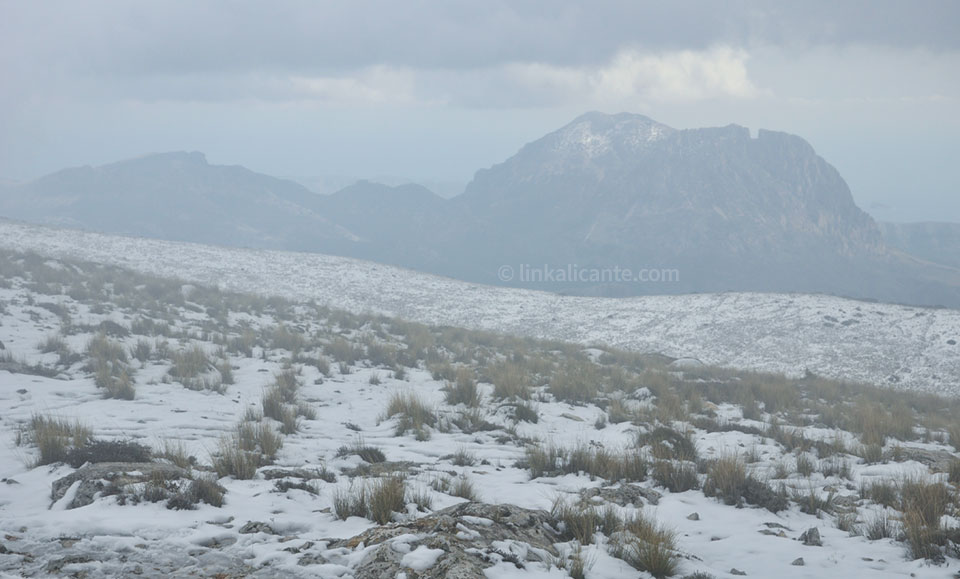 After the stretch of path along the crest, which becomes somewhat long and uncomfortable, I finally reach Port de Tagarina. From there, I will follow the forest track in the direction of Font de Partegat.

But first, I take the opportunity to deviate and visit one of the best preserved snow wells in the Sierra de Aitana. 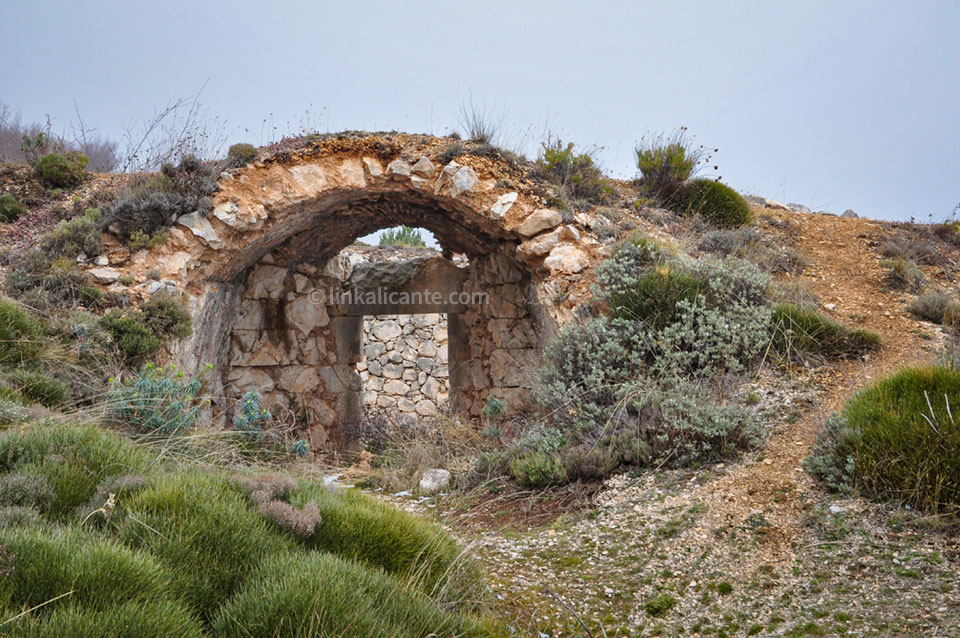 And now yes, it is time to return, and end the route. Back at the Font del Partegat. I’m the last, everyone has already left. 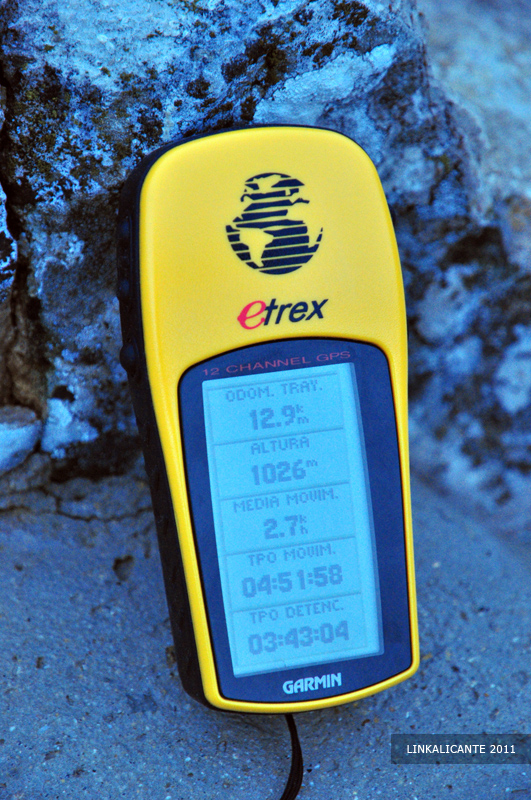 It’s what you have to take so many photos along the route, and take the mountain very calmly. Get the dance out of me”! 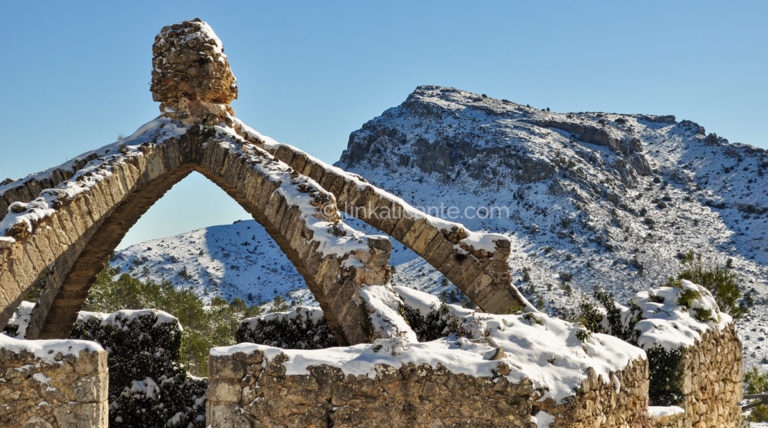 In this article, I will tell you about the route up the Montcabrer peak (1,390 m.) from the Mare de Déu de Agres Sanctuary . Montcabrer is the highest point in the Serra de Mariola , a forest area that

Hiking Routes and Charming Places in Alicante and the Valencian Community. Online since 2007.